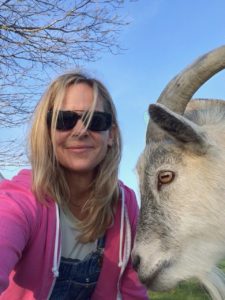 I’m Beth M. Howard, an author, blogger and communicator across various forms of media. Though I’m mostly known for pie. You can learn more about that at my other website, The World Needs More Pie.

I use my middle initial because there’s another journalist named Beth Howard. We used to write for the same magazines and they often got our paychecks mixed up. I was always tempted to cash her checks because they were bigger. Then there was the time when her invitation for a press trip to Bali was mistakenly sent to me. I only told her about it after I went on the trip. I still owe her for that!

My books include Making Piece: A Memoir of Love, Loss and Pie; the cookbook, Ms. American Pie: Buttery Good Pie Recipes and Bold Tales from the American Gothic House; and Hausfrau Honeymoon: Love, Language and Other Misadventures in Germany, the prequel to Making Piece. I’ve written for The New York Times, Real Simple, Country Living, among many other publications over a 30-year span in journalism. I occasionally do commentaries for Tri-States Public Radio (an NPR affiliate in Macomb, Illinois) and I’ve done some public speaking, including a TEDx talk, which made my mouth go very dry.

That’s the short version. But you can’t really learn much about a person from a bio short enough to fit on a book jacket. So here’s more:

My career has been called “eclectic” (which wasn’t meant as a compliment), but everything on my resume — and in my life — is connected. Steve Jobs agrees with me as he famously said in a commencement speech:

“You can’t connect the dots looking forward; you can only connect them looking backwards. So you have to trust that the dots will somehow connect in your future. You have to trust in something — your gut, destiny, life, karma, whatever. This approach has never let me down, and it has made all the difference in my life.”

It has made all the difference in mine, too.

I can’t help seeking out variety and change; I was born a free spirit—plus, I’m a Gemini. I’m also determined and impatient. I graduated from both high school and college in three years, and received my Bachelor of Arts from The Evergreen State College in Olympia, Washington. I wanted to go see the world! Immediately upon graduating, I set off for Mexico, Jamaica, Europe, and Thailand, working in each place to get to the next.

At the age of 25, I went to Africa and started a Kenya coffee import business (called “Livingstone Provisions”) and divided my time between New York City and Nairobi. When I landed publicity for my tiny company in The New York Times, I discovered I was better at PR than coffee sales. I went to work as a PR manager for Hyatt Hotels in Hawaii, and after that as an account executive for Rogers and Cowan in Los Angeles, where I did the publicity launch for the original “Beverly Hills, 90210.” How I ended up in production meetings with Aaron Spelling and Darren Star when I didn’t even own a TV mystifies me to this day. And, by the way, I still don’t own a TV. But, thanks to streaming video services, I binge-watch plenty of programs.

When I turned 30, I inherited just enough money from my grandmother to buy my first laptop and pursued my childhood dream of being an adventure travel journalist. For over a decade, I was sent on assignments for Fitness, Shape, Elle, Robb Report, Sports Illustrated for Women, and an elegant-but-short-lived magazine called Sports Traveler. My stories required me to jump out of airplanes, scuba dive with sharks, dogsled in Alaska, surf, and snowboard. I developed a reputation for doing extreme sports and was invited to compete in the inaugural Eco-Challenge, a 10-day adventure race traveling 300 miles by foot, horseback, canoe, and bike. My five-person team, Team Media, was made up of four men and me. I may have been the only female, but I was not the weakest link of the team. Never underestimate the power of a woman!

My feature article about Eco-Challenge in Shape led to a job offer with Quokka Sports, an adventure sports Internet start-up in San Francisco. From 1999 to 2001, at the height of the dot com boom, instead of having adventures I was creating websites about them, while managing million-dollar budgets and teams of designers, writers and photographers.

After too many nights eating Chinese take-out at my desk, I said goodbye to my big paycheck, moved back to LA, and got a job baking “pies for the stars” at a gourmet deli in Malibu, California. Mel Gibson, Barbra Streisand, Steven Spielberg, and Robert Downey, Jr. were just a few of my famous customers. 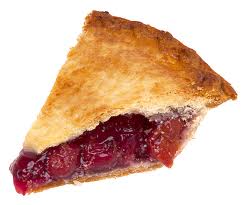 My pie-maker’s salary wasn’t enough to cover my bills, so I returned to the World Wide Web as a producer for the 2002 Winter Olympics at MSNBC.com, with subsequent work at MSN.com’s Women’s Channel. As a contractor for Microsoft, I spent six years editing conference materials for Bill Gates’ annual CEO Summit. Again, I wondered how I ended up in the same room with the likes of Gates, Warren Buffett, and Jeff Bezos. I’m not sure they ever knew I was there, though Warren Buffett did tell me I was “charming.” What can I say? We’re both Midwesterners.

When I turned 40, I moved to Stuttgart, Germany to marry Marcus Iken, a German who was part bohemian, part automotive executive. We lived in Stuttgart from 2003 to 2006, until Marcus got transferred to Portland, Oregon, and then, a year later, to Saltillo, Mexico. I used the time as a trailing spouse to study German, then Spanish, and to write. While it was a great adventure, I cannot say these were the easiest years, but they provided a bounty of material for my book, Hausfrau Honeymoon.

It was also around this time I launched my blog, The World Needs More Pie. But pie is really just a metaphor as my blog essays are mostly about making the world a better place. I hope you’ll check it out.

In 2009, Marcus died suddenly and unexpectedly of a ruptured aorta. He was 43. To cope with my grief, I again turned to the comfort of pie. Making pie and sharing it with others got me through a Very Dark Time. This is the subject of my memoir, Making Piece , and my TEDx talk.

I’ve carried on with the theme of pie’s healing powers. I organized a group of 60 volunteers to make 250 homemade pies and delivered them to Newtown, Connecticut after the Sandy Hook shooting. I taught pie classes to kids in a South African township. And, during the summer of 2015, I traveled around the world on a “World Piece” mission, making pies in nine countries to promote goodwill and cultural acceptance. 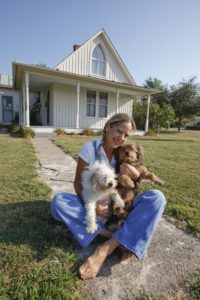 In 2010, wanting to be somewhere grounding for the one-year anniversary of my husband’s death, I loaded my two terriers into my MINI Cooper and traveled back to my native Iowa to be a pie judge at the Iowa State Fair. (It may sound like the ultimate gig, but eating pie 17 days in a row has its downsides.)

After the fair I visited my birthplace of Ottumwa. Certain I would never return, I had only driven a few miles when I came to a fork in the road. I took the fateful, life-changing turn and it led me to the American Gothic House, the one featured in Grant Wood’s masterpiece.

Located in the rural town of Eldon (pop. 900), the house was for rent—for $250 a month! I moved in (in spite of everyone I knew telling me not to), opened the Pitchfork Pie Stand (baking over 100 pies every summer weekend), wrote my “Ms. American Pie” cookbook, and stayed for a miraculously long four years (2010 to 2014). With the growing pressure to make so many pies, having people peering in my windows at all hours, and finding seven-foot-long snakes living inside the house, I finally, though somewhat reluctantly, moved out. (The house is no longer rented as a private residence. I ruined it for everyone! But it is now open to the public for tours.) I’m developing material (for a book and television) about what it was like living in the tourist attraction. I’m debating whether to call it Behind the Lace Curtain or Fifty Shades of Gingham. 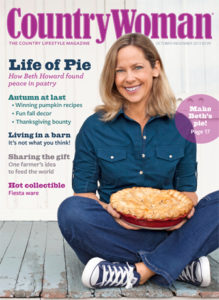 My story—about being a young widow baking pies in the iconic farmhouse—has garnered international media attention including CBS This Morning, NPR, Los Angeles Times, Readers Digest, the cover of Country Woman, airline magazines, AOL.com, Huffington Post, and more. I was even on the History Channel’s “Only in America with Larry the Cable Guy.” My “15 Minutes of fame” taught me three things: 1) I have no desire to be famous, 2) how to do the skinny-arm pose, and 3) I should have said no to being on Larry the Cable Guy’s show. (Unfortunately, it is still airing in reruns.) The important thing is that all this media coverage has helped spread the positive message, that the way to be happy is to give of yourself to make others happy.  (View press)

I now divide my time between a farm in Southeast Iowa and Los Angeles. I can’t decide which place I like better; I just know that I need both to keep my balance.

And the trail of dots continues…